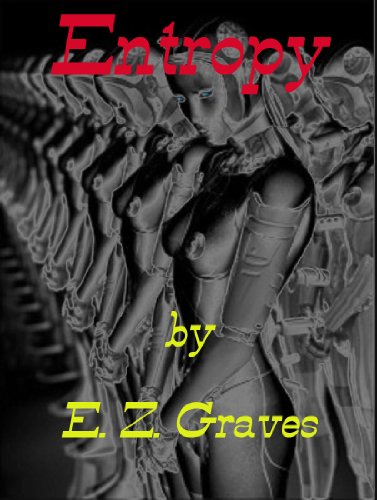 Many buzzers at the Oscars are talking about the innovation in the screenplay “Her” by Spike Jonze. As others have pointed out, this is certainly not the first time the cinema has taken on the idea of femme fatale robots. When Jim Musgrave’s short story, “Entropy,” gets released as a free download on Amazon, he’s hoping readers will see why his take on this trending topic is more in keeping with the male ego–or should we say id?

“I was always much more inclined to see the female robot evolving into something like “The Stepford Wives” by Ira Levin. Levin was one of my favorite authors growing up because he was brief (143 pages for Stepford Wives), hard-hitting, and oh so sweet with the satirical barbs and humor!” said Musgrave. ”I’m sorry, but I hate my operating system, and when I saw the film Her, I kept cringing in my seat. How in God’s name does a man fall in love with his operating system? Half of the time I want to throw my computer and/or cell phone out the window in complete exasperation. My suspension of disbelief was completely lost in the first thirty minutes of the film. That’s when I decided to write my own version of Levin’s take on the phenomenon,” he added.