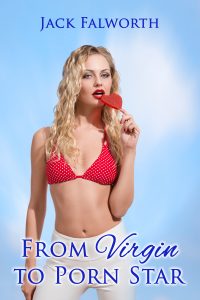 Holly Carson is an eighteen year old schoolgirl who lives with her divorced mother in a town in the American mid-West. After her mother remarries, the two of them go to live with her mother’s new husband, Jake, who is a wealthy accountant.
Holly is eager to lose her virginity and seduces her stepfather. The two of them have sex whenever her mother is not at home, but eventually her mother surprises them together and throws Holly out of the house.
The teenage girl catches a bus to Los Angeles, where she joins her friend, Bridget, who is working as a stripper in a night club.