You are here: Home / Archives for Vampire

I woke up with my arms tied above my head, and my nude body on display. But it wasn’t that fact that had anticipation and fear moving through me. No, it was the fact four vampires planned on using me in any way they saw fit.

If only they knew how excited the dark prospect of being used by them really was to me, they might not find such pleasure in making me submit. Or maybe I’ll come to regret wanting this very thing?

NOTE: This is a short story, and is a previously published work. It has been revised, edited, and new content added. This story was from a previous anthology.

Get Own Me at Amazon 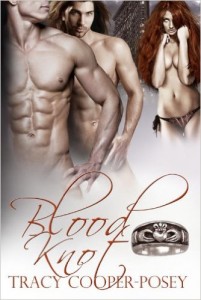 To survive they must trust each other. Only…can they?

Winter, a professional thief who can manipulate others’ biologies by touch, accidentally “healed” her former partner–and former vampire–Sebastian, whom she secretly loves. Her healing created a symbiotic pairing between them that neither of them wants.

Nathanial, a sexy thousand-year-old vampire and Sebastian’s ex-lover, talks Sebastian and Winter into stealing evidence that will expose all vampires to the world. But Nathanial is a puppet-master who doesn’t believe in falling in love with humans, leaving Winter unsure of his real feelings for her once he seduces her, or how he feels about Sebastian, the former vampire-now-human whose life he has turned upside down once more.

But the evidence they steal is hot property.The future of all vampires is on the line and others will stop at nothing to get it, leaving Sebastian, Winter and Nathanial with no allies but each other. They must trust each other to survive. Only…can they?

This book is part of the Blood Stone Series

These are continuing characters and storylines. Reading the series in order is strongly recommended.

She turned to indie publishing in 2011. Her indie titles have been nominated four times for Book Of The Year and Byzantine Heartbreak was a 2012 winner. She has been a national magazine editor and for a decade she taught romance writing at MacEwan University.

She is addicted to Irish Breakfast tea and chocolate, sometimes taken together. In her spare time she enjoys history, Sherlock Holmes, science fiction and ignoring her treadmill. An Australian, she lives in Edmonton, Canada with her husband, a former professional wrestler, where she moved in 1996 after meeting him on-line.