You are here: Home / Archives for Multiple Partners 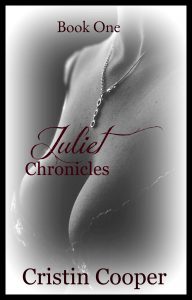 About Juliet Chronicles Book One:

My life was just fine.
My days were spent working, hanging with my best friend and trying not to eat too many carbs.
Then I began getting flowers with unsigned notes and when I sensed someone watching me, my life no longer felt…fine.

You might know me as the girl next door but that isn’t really who I am.
They call me
Prostitute
Call-girl
Hooker
Working Girl
But my clients call me
Juliet

END_OF_DOCUMENT_TOKEN_TO_BE_REPLACED

About Exposed: The Education of Sarah Brown:
Dangerous Desires

Sarah Brown sets out on a journey to sexual self-discovery and falls face first into danger. In Barcelona, Anthony de Luca, an author and photographer unleashes the full force of his charm that threatens to steal her heart, a prize he openly admits he doesn’t want. Still, she can’t resist him, and finds herself experiencing the heights of ecstasy and the lows of heartbreak as her lover leaves without a word. In Berlin, Paul Christiansen, a handsome Dutch Lothario with a sordid past works his wiles to seduce her body; while in the shadows, a predator stalks a young boy close to Sarah determined to get what he wants or kill anyone who gets in his way. One of her two lovers has led a dangerous criminal straight to her door, but which one? And who can she trust? Will Sarah survive or will she lose both her heart and her life to dangerous desires?
Heat Level: High
18+

“HOT! Keeps you on your curled toes!” ~ DayReader Reviews

END_OF_DOCUMENT_TOKEN_TO_BE_REPLACED

For 18 years and over. It’s based in Australia.

This novel contains a M/M/F relationship and also an age gap between the characters.
The men are 18 & 19, the woman is 25.

Jade Lewis’s night out soon turns in to so much more than expected. A one-night stand with Chance Colt becomes more than she ever bargained for. His determined pursuit of Jade and her resolute dismissal of his charms leaves Jade at odds with her inner hussy.

Confident she has managed to dodge the attraction she has for Chance, she lets down her guard, only to be taken by surprise by Chance’s ploy to win her over and convince her that they’re perfect for one another. Enter Dane, Chance’s best friend. Jade quickly realises all the fight in her was useless, especially when things are left to Chance.

Two men, one woman and the thrill of exploration come together when a secret fantasy is revealed in Finding Her Fantasy. From the corporate boardroom to the beaches of exotic Belize, Melinda is about to discover bondage and being bossed around is a complete turn-on … that is until a madman, bent on kidnapping her for real turns her fantasy into a nightmare. Explore the world of a fantasy revealed in this exciting, contemporary romance by Trista Ann Michaels.

After finding out the man she thought was “the one” had only wanted her money, Melinda Hawthorn began to wither away. She turned cold and bitchy, drank more than she should, and worked way too much. Being mega-rich wasn’t all it was cracked up to be if she could never trust anyone. And pissing off her twin brother, the CEO of the corporation they’d inherited from their grandfather, probably wasn’t the smartest move on her part. Especially since she’d revealed her secret kidnapping fantasy to him in a drunken confession.

Erik and Jon were thrilled when they got the call from Melinda’s brother to come “kidnap” his sister. Melinda needed a break, and if she wouldn’t take one herself, then they would make sure she did, and return her to her sexy, confident self at the same time.

Melinda had always had a kidnapping fantasy, but she never dreamed she’d find sharing, spanking, bondage, and being bossed around just as sexy. Hidden away with Erik and Jon on a beautiful seaside estate in Belize, Melinda finds out just how kinky her fantasies can get, and Erik and Jon find out just how strong their friendship is when they both fall for Melinda. But when a real kidnapping threatens Melinda’s life, can they get to her in time to keep her and their growing dream of a life together alive?

Get Finding Her Fantasy at Amazon

Xavier makes a lot of people nervous. The rest, he flat-out scares. More than his hulking, tattooed body, it’s his predator’s gaze that makes people feel vulnerable, as if he had the power to read their thoughts and see their soul. For his lovers, it’s Xavier’s ravenous appetite for all things carnal—for the taste of flesh under his tongue and the feel of a trembling body under his control, for whispered pleas and muffled cries—that makes him dangerous.

But recently, driven by a festering rage against the men who attacked his sister a decade ago, Xavier has developed a taste for a different kind of hunt and conquest: stalking men who do truly bad things and punishing the predators he sniffs out. The problem with vigilante justice, though, is sometimes the man in your trap is innocent.

Carson suspects he’s playing a risky game with dangerous men. But the lies are convincing, especially when they’re slipped to him among hundred dollar bills. He never guessed how big and dark the secret hidden under all the lies and money could be. And he has no idea he’s not the predator, but the prey, until it’s too late.

And you can’t beg for mercy when there’s a gag in your mouth.

But when Carson escapes from Xavier’s trap, he’s forced to accept that Xavier is far from his most dangerous enemy. Xavier may even hold the key to overcoming the painful past that has kept Carson prisoner for almost two decades.

Get Bad Things at Amazon