You are here: Home / Archives for bisexual/transgender 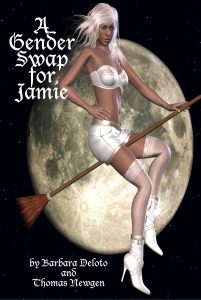 About A Gender Swap for Jamie: An LGBT Romance:

A femboy becomes a girl?
A witch offers a potion to a friend to turn him into a woman for a week. If his true inner self ends up relating to the new female body, he’ll stay that way for the rest of his life; if not, he’ll turn back into a male.

Will he adapt to a new life, with men being interested in him, or will his old paradigms cause him to return to the male form at the end of the week? Will he lose the witch-girlfriend he has always been in love with and end up with a man, or will they come closer together?

Can this situation of male-to-female transformation improve his life or ruin it? What will be the result when the clock stops ticking? Immerse yourself in this LGBT romance short read, of a gender swap for Jamie where Jamie becomes a fully feminized, transgender woman.

END_OF_DOCUMENT_TOKEN_TO_BE_REPLACED 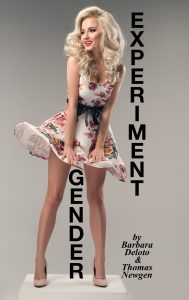 Fully feminized in outward appearance, a woman’s voice, with a man’s brain inside?
A researcher wins a grant for a study to determine if a male brain will turn into a female brain when the male is fully feminized, with the exception of his male parts. If the brain scans show no change, and the subject is happy with the transformation, then it must be free will and personal desires that determine gender identity.

Will a male with a male brain survive being transformed so far as to have a fully female appearance, or will he be trapped in a body of the wrong gender permanently? Will his brain become female and his identity as well, or will his brain remain male when his identity becomes female?

Immerse yourself in this LGBT transgender romance where a PhD is transformed through cosmetic surgery, giving him the appearance of a sexy, sensual, and feminine woman. Will her paradigms be broken so she can immerse herself in being a woman who loves to please men, or will she be in a personal hell? Will she lose her desire for women, or will it increase? Will anyone ever love the freak she has become?

Find out now in this short-read, transgender, hot and steamy, LGBT romance where a male’s outward appearance is fully feminized, not just crossdressed, to look like a beautiful woman.

END_OF_DOCUMENT_TOKEN_TO_BE_REPLACED 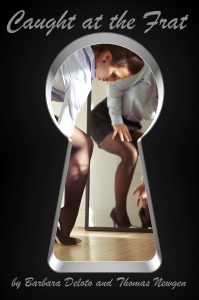 About Caught at the Frat: An LGBT, First Time, Crossdressing, Transgender Romance:

A feminized, crossdressing nerd gets caught!
Joey, a nerdy male engineering student is caught crossdressing at his fraternity house. Will this feminized male be blackmailed, taken advantage of by the other frat members, or will it stay a secret between her and the members who caught her? Will she be forever labeled their sissy and used as the fraternity’s slave girl, or what will they be asking of her?

Little did she know the reception she would receive when exposed.Things change dramatically for her and others—things that break paradigms and perceptions about feminized men presenting as girls and exploring possible risks or rewards and changed relationships between people. How will the new view of things affect the lives of the frat members? How will the relationships go? Will they find love and caring, or hate and ridicule?

Immerse yourself in this sensual journey of love and life in this steamy, new adult, short-read, LGBT, first time, transgender romance where gender-bending and feminization change lives. Start reading now!

END_OF_DOCUMENT_TOKEN_TO_BE_REPLACED 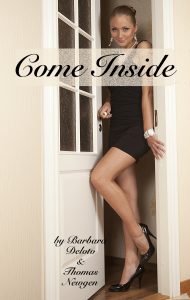 About Come Inside: An LGBT, First-Time, Crossdressing, Transgender Romance:

A boy in a sorority?
A femboy college student is invited by a gorgeous girl to come inside her sorority house. The house is funded by a trust that pays for rent, repairs, and maintenance of the gorgeous Victorian mansion, providing an elegant residence for any “feminine and lovely creatures” while they attend school.

Can the femboy go an extra step to become the feminine and lovely creature to meet the membership requirements? Will he be able to crossdress and fully feminize himself with the help of the girl who seems so taken with him and who wants him to be her boyfriend in a dress? Or will he pass up the savings and the chance at having his first girlfriend because of his paradigms and beliefs about what it means to be a man?

END_OF_DOCUMENT_TOKEN_TO_BE_REPLACED 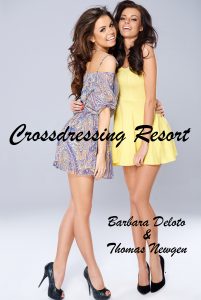 Experience a world of discovery as an occasional crossdresser enters a new way of looking at things and fights old paradigms to gain love and a new life in this LGBT, bisexual romance, where gender-bending and feminization are a way of life and source of joy, and old paradigms are smashed to pieces in this hot and steamy short-read romance.