You are here: Home / Archives for Drama 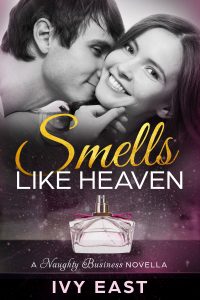 About Smells Like Heaven (Naughty Business Novellas Book 1):
A sexy cougar. A young stud. And a gift that’ll make your toes curl.

Lola is beautiful, confident, and starving for love. When a hot young hunk walks into her store looking for a simple gift, she has other lustful ideas in mind.

After showing Matt her wares, he can’t resist her. Together they share unforgettable ecstasy, but what happens if Lola’s husband finds out?

Smells Like Heaven is the first installment in the Naughty Business Novellas, a series of playful erotica stories. If you enjoy characters being bad for all the right reasons, you’ll want to devour Ivy East’s debut book as soon as possible.

Start reading Smells Like Heaven today. You know you want it. 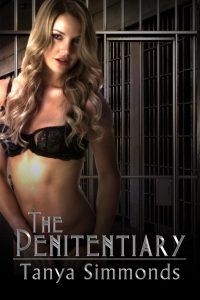 This book contains graphic scenes of sexual activity. If you are offended by such material PLEASE DO NOT READ!

But during the night, another world awakens. A conspiracy of lustful female guards take to the solitary cells to satisfy their carnal desires with the helpless inmates.

To take down the COs and help Cole, Alyssa must infiltrate the conspiracy to collect the evidence she needs. However, by doing so, she sets in motion a series of events that could compromise her values – and her heart.

All of their lives will be changed forever as they face the truth about themselves amidst the perils and sensual torments of . . . The Penitentiary.

Echoes at Dawn By Maya Banks

Grace Peterson is desperate, in hiding, and on the run after escaping a shadowy group determined to exploit her extraordinary ability to heal others. Her only lifeline–an unerring telepathic ability she shares with her sister–has been severed, leaving her alone and vulnerable. And time is running out…

Enlisted to bring Grace home is Rio, relentless member of the KGI. He’s unprepared for his reaction to this wounded, damaged woman, and he’s fiercely determined to protect her from those who nearly destroyed her. In Rio, she finds a safe haven, and for the first time…hope. But the mission is far from over. The danger Grace has eluded is fast closing in. And now it’s pitching two lovers toward an unfamiliar horizon, with no place left to hide.

A KGI Novel by Maya Banks

Men Out of Uniform By Maya Banks, Sylvia Day and Karin Tabke

They may enforce the rules, but when men in uniform are off duty and under the covers, they’re experts at breaking them. In this searingly sexy anthology, popular authors Maya Banks, Sylvia Day, and Karin Tabke present men in uniform-unzipped…

Gage Synclair, international, hard-hitting investigative photojournalist, is preparing for the final special report of his career. A story of deception and murder six long years in the making. After spending ten years in some of the worst parts of the world, he’s ready to settle life down and open an art gallery in his hometown of Chicago.

Trent Cooper, electrical contractor, is surprised by the last minute request for a fast-paced electrical remodel, little did he know he’d be immediately propositioned by the gallery’s owner. Being gay in the construction industry isn’t easy, nor is being father to his two young adopted children. Trent keeps his life in separate zones to avoid a short circuit. Will their high-voltage passion break the currents between them forever?

An M/M romance by Kindle Alexander

This box set will be free during the promotion.

Guitar Face (Book One):
My story is not one for the faint of hearts. It’s beautifully gritty, and heartbreakingly tragic. I was born into the world of rock-n-roll, a mere girl who only wanted to have her very own guitar face. Somewhere in between all the amps, cords, and guitars I found my place. I was born to make music and bring the masses to their knees… until, I wasn’t anymore. Until the thought of doing all of this without him made me sick to my stomach.
I thought I could escape rock-n-roll, but I can’t. My brother is a rock star and all the friends we have are connected to this business one way or another. I have a feeling I’ll get sucked back in, but I’m scared I won’t survive it. Perhaps I have a better chance at surviving rock-n-roll than I do Jagger Carlyle. Jag is my brother’s best friend, and fellow vocalist and guitarist for their band Broken Access. I’ve loved him since I was a girl, but this industry and my own fear of rejection kept me from acting on it all these years. When the sparks start to ignite and the world attempts to keep us apart, I wonder if love is enough.
My story will bring you to tears from both sadness… and Kip. Kip is an idiot, plain and simple, but he’s my best friend. He has a habit of waking me up with trashy Euro porn, and always knows the most inappropriate things to say. He’s a drummer by night, and my partner-in-crime by day. I should’ve fallen in love with him, but he never shuts up. He’s always my rock, and when Jagger rips me in two, Kip is the one at my side.
There’s No Crying in Rock-n-Roll (Book Two):
Henley Hendrix, Queen of Rock-n-Roll, finds her world shattered again. She attempts to pick up the pieces of her life, but finds it difficult to claim her title in the world of rock when her personal life is turned upside down. Life begins to spin out of control, and so does her behavior. The Guitar Goddess loses her footing on reality when she feels betrayal from everyone she thought loved her. As the turmoil seems to proliferate, so does her attitude and conduct. Will she find herself amid all the chaos, or will the bright lights consume her?
Walking Back to Georgia (Book Three):
I died, and when I woke up in a Los Angeles hospital my best friend walked away from me. It wasn’t quite the welcoming back to the world of the living I thought I’d receive, but it rattled me. My dead best friend led me back to Georgia to get my life together, and while I’m working on it trouble follows me. I try to keep my distance from Jagger and company while I chase after sobriety, but a friend pops back into my life and a private moment is leaked to the world. One of the people I never thought would walk away from me did exactly that. I deal with rejection the best way I can, but before I can clear my head Cory and I are looking down the wrong end of a barrel and I’m forced to fight for my life. We complete our new studio album which means Broken Access and Abandoned Shadow will travel on a promotional tour to tell everyone we’re playing a world tour. While on the promotional tour, I run into jungle peepers, a riot of fans chasing me, a 1% motorcycle club and a one-eyed teddy bear, and two men fighting over me. I keep my head high through the drama, but then I’m asked to be in a steamy video for Broken Access which can only mean more trouble for me. Just when I figured out how to be the best version of me I can be and how to stay healthy, my eyes are open to something I never thought was possible. I must understand the difference between love and lust, and accept that I need a healthy relationship where I’m free to be me.
River of Deceit (Book Four):
Kip Paxton may be the perfect man. He’s a sexy, tattooed, foul-mouthed, drummer god for Broken Access, and if that wasn’t enough he snagged the Guitar Goddess herself. Where one door opens in life, another closes, and sometimes other doors burst wide open.