You are here: Home / Archives for Dark 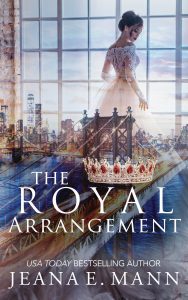 About The Royal Arrangement:

A billionaire prince searches for a new wife in this intriguing tale of power and seduction from USA Today bestselling author Jeana E. Mann.

When I walk into a room, people look twice. Once because I’m the Crown Prince of Androvia, and twice because I’m that guy—theone who makes your panties wet with just a smile. My life is grand until the unexpected death of my father. To claim the throne, I’ve got to find a wife in twenty-four hours or be forced to marry the woman who cheated on me.

A chance encounter with the daughter of my sworn enemy changes everything. The first time I saw her, she was chained to a dungeon wall. The second time I saw her, I took her to my bed. The third time, I proposed marriage. If she accepts, I’ll rule her body the same way I intend to rule my kingdom—with an iron hand and no mercy. The stakes are high for both of us. If she turns me down, I could lose the throne to my traitorous uncle. Even worse, if she accepts, I might lose my heart.

Lies, seduction, and the struggle for a kingdom will heat up your e-reader. Grab this page-turning contemporary royalty romance today.

END_OF_DOCUMENT_TOKEN_TO_BE_REPLACED 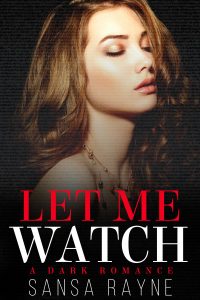 About Let Me Watch:

She likes being watched. She wants to watch too.

But one obsessive fan wants to do more than watch. Pretty soon, watching won’t be enough. He can’t control his urge for much longer.

I can’t hide my past mistakes forever. The truth could break us – I can’t let that happen. As long as he’s out there, harboring his dark desire, I have to protect her.

He’ll hurt her if he doesn’t get his way. He’s a monster. I should know; I helped create him. 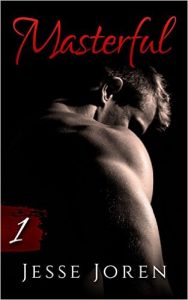 If I’d known I was going to wake up tied to my bed, I would have worn nicer panties. Maybe even perfume. But somehow, I can never catch a break.

Since dropping out of college, Eva Bright has been keeping secrets. Like sharing her darkest thoughts with an online stranger she knows only as Hex. It’s the perfect arrangement: romance at a distance, no strings attached, and all the control.

At least that’s what she thinks until Hex materializes, devastatingly sexy and very much the one with all the power. He knows Eva better than she knows herself, and he has plans for her.

The next book in the series is MASTERFUL 2 (ASIN: B011F7XGCU)

Get Masterful at Amazon

The Acquisition has ruled my life, ruled my every waking moment since Sinclair Vinemont first showed up at my house offering an infernal bargain to save my father’s life. Now I know the stakes. The charade is at an end, and Sinclair has far more to lose than I ever did. But this knowledge hasn’t strengthened me. Instead, each revelation breaks me down until nothing is left but my fight and my rage. As I struggle to survive, only one question remains. How far will I go to save those I love and burn the Acquisition to the ground?

Get Sovereign at Amazon

This is the final book in the highly acclaimed Black Lotus series, a dark psychosexual thriller like no other.

Synopsis
I’ve come to learn there is no escaping your past.

**Due to the dark and explicit nature of this book, it is recommended for mature audiences only as some scenes may be particularly disturbing.**

I’m a hit man, an assassin. A deviant by all accounts. I never pretended to be the good guy.

She was the opposite.

But the minute she pulled the curtains back and saw my face, watched me screwing the blonde who happened to be my next mark, she sealed her own fate.

There could be no witnesses, ever.

I let it go on a few days though. Never closed the curtains, gave her one hell of a show. I liked it, liked seeing her get all hot and bothered. Her face so innocent, so…corruptible. And all that time she was watching, she had no idea I’d seen her, that I was watching her too.

But all good things must come to an end.

Imagine my surprise when I turned up to take care of her only to find two goons breaking down her door, weapons in hand.

Turned out she had a price on her head. Her stepbrother wanted her and he wanted her alive. I’d never been one to pass up an opportunity to collect the kind of money he was offering, especially if I could have some fun while I was at it.

It just never occurred to me she’d be anything more than my next mark.

I’ll never forget the look in his eyes when he said those words.

When I watched them from the window, I didn’t suspect for a moment that he’d seen me, that he was watching me back. Not while he was doing what he was doing to the woman on her knees before him.

But then she turned up dead, and he turned up in my hotel room, waiting for me in the dark.

I didn’t think for one second him being there that night would save my life. I’d been on the run for two years, but my stepbrother had finally caught up with me. Or his two thugs had.

Finding out I had a quarter-of-a-million dollar bounty on my head convinced Julien I was more valuable alive than dead. But to collect it would mean returning me to my stepbrother, who had sworn to make me pay for what I’d done.

Julien was cruel. He was merciless. He scared the crap out of me. But there was something else, something he never wanted me to see. Inside, he was broken, like me.

My stepbrother was wrong if he thought I’d ever let him get his hands on me again. I had no intention of allowing that to happen, even if it meant I’d have to sleep with the devil to survive.

And I had no doubt Julien was the devil.

Please note: This standalone dark romantic suspense is complete at 68K words. No cliffhanger, only a badass Alpha male who doesn’t seem like much of a hero at the start, who uses strong language, and likes dirty, kinky sex. Some readers may find him offensive.

Get Deviant at Amazon

Jordana Albanese grew up in a world spun with lies, secrets, and multiple sins. Her father, Gene—reigning king in the Mafia for the last decade—never protected her from his underworld dealings—La Cosa Nostra. She learned at a young age that in order to survive in her world, one must be dominant. She wore the shield of control on a daily basis, but she deeply yearned to slip it off and dispose of it. Except, letting it go would mean letting it all go. And she didn’t want that. She learned of a compromise—where she could only let go of control in private, behind a closed door, while receiving orders from him. Not simply to be controlled, but to be dominated. The only problem was that her ambitions cut bone deep. Deeper than a belt across her ass. Deeper than the marks from the restraints he used to subdue and pleasure her. The permanent marks left were not visible to the human eye. They were profound wounds—scars—on her soul that only she could experience and draw strength from.

And that’s where she found the perfect balance in the two. Her submissive tendencies served her well in the bedroom. While in public, she was every bit as dominant as her male counterparts.

Evil keeps a formidable schedule in Weston, West Virginia. Every seventh year, spirits from the town’s abandoned insane asylum seek worthy souls to command. But this seventh year, a desecration unlike any before is scheduled to ravage the town. And Solomon Gorge is lured to the harrowing event by the screams of Silence.

Criminal profiler Sadie Bonds knows blood. Her affair with the gruesome, dark world of killers began long before she started applying her analytical skills to investigate gory crime scenes. She gets inside the killers’ heads, breaks them down, relates to them on an arcane level. She prefers it this way–because it’s safer to ally herself with the villain than the victim. At least, that’s how she’s coped ever since she was abducted and tortured as a teen.

She will never be a victim again.

Now, she’s honed her skills in order to bring justice to these ritualistic offenders. Working alongside her colleagues, armed with sharp wit and a SIG, Sadie always catches her sadist. Until one ruthless serial killer gets inside Sadie’s head, turning the tables. He knows her secrets. Her obsessions. The darkest, most deviant part of her soul.