You are here: Home / Archives for MFM 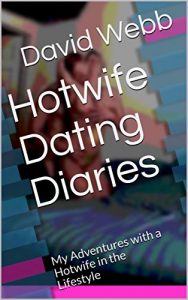 About Hotwife Dating Diaries: My Adventure with a Hotwife in the Lifestyle:

Vanessa was an elementary school teacher, mother of three, active in her church, and also a hotwife. David Webb met her through contacting her husband Mark on a lifestyle dating site.
“David, will you be my boyfriend?” she asked while in bed on our first date. Of course I would. From there we started a journey. A journey of passion, desire, exploration, romance and love. Passion and desire were a roaring inferno between us, to the point of obsession. We were falling deeply in love. Falling forever it seemed, never finding bottom. Our time apart made us more desperate for when we would see each other again. Our time together of equal desperation since we didn’t know when we would be together again. We had to make the most of our night, in close intimacy, deep connection, as well as erotic exploration.

END_OF_DOCUMENT_TOKEN_TO_BE_REPLACED 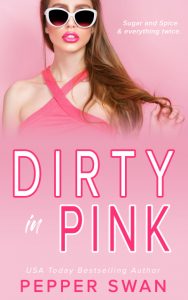 About Dirty in Pink:

This is so wrong… it’s completely improper… clearly, this can’t happen.

It’s bad enough that I sold myself, but my daughter will never forgive me for having sex with both Ethan, her best friend’s brother, and Stone, two incredibly gorgeous, perfectly ripped college-age hunks that just happen to be the hottest male models to hit the runways in years.

I should walk away.

But I can’t… not when the heat level reaches the boiling point and the first hot touch of desire causes a flood of intense pleasure so combustible it threatens to turn us all into smoldering ash.

Dirty In Pink is a sinfully sexy, stand-alone MFM romance with the emphasis on ménage sex scenes that are so wickedly hot they might just burn up your Kindle. Always a HEA ending.

It’s sugar and spice and everything twice!

Wanted – Fuckboy. Full-time hours, daily pay, 60/40 cut, you keep all tips. Must be appealing to the eye, have a body to die for, and be open minded to new adventures. Call 555-FUCK to get started today!

Down on his luck and hard up for cash, Colton Pierce answers an ad for a job as a fuckboy.

What’s a fuckboy you ask?

Colton’s about to find out.

Warning: This book is EROTICA, with M/F/M, M/M and M/F relationships, and it’s extremely hot!!!

Get Against the Wall at Amazon

Eva Webb didn’t know what she’d find the night she secretly followed her fiancé. She had feared he was meeting another woman.

But it was so much worse than that.

The man she loved betrayed and kidnapped her, packing her onto a truck destined for the black market to be sold to the highest bidder.

But when the vehicle is ambushed, she is delivered into the hands of her fiancé’s enemies: mercenary brothers who would stop at nothing to take him down.

For Gabriel and Syn Rivera, hijacking the truck and stealing its cargo was another job, another way of taking back what was stolen from them. Discovering Eva on board was an unexpected bonus. They now held in their grasp the one thing that could bring down an entire organization, making her a pawn in a deadly game — a game in which she’d need their protection to survive.

But that protection would come at a price.

Now captive to the brothers, Eva would learn that they have always shared their women, and she would be no exception. They would keep her safe. They would protect her. They would make her theirs.

But in a world where criminals often wear two faces, where putting your trust in the wrong people can get you killed, will Eva find she has mistaken lust for love, or will this unlikely union survive?