You are here: Home / Archives for m/m 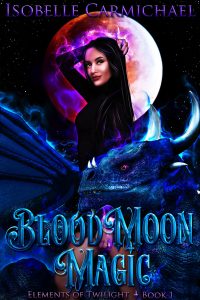 The shifters are dying
And it’s up to me to save them
even if it means going to extremes.

I’m the future alpha.
Duty is the code I live by.

And now it’s time to make a choice.
Crossbreed or die.

I agreed to the Claiming ceremony
but under my own terms.

With an insatiable hunger,
My raging wolf has ideas of her own.

And five, sexy, dragon mates are what she craves.
Each is delicious and irresistible.

Why choose one mate
When all five make me yearn for more?

After all, the fate of the race lies in my hands,
And I plan to keep those hands very busy.

END_OF_DOCUMENT_TOKEN_TO_BE_REPLACED 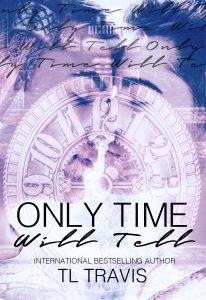 About Only Time Will Tell:

When Alex and Charlie met, they instantly clicked. Throughout the years, their bond grew from friends, to lovers. But when Charlie’s father passes away something inside him changes. Alex feared their relationship was over and knew his heart would never survive.

Things spiral out of control as Charlie’s erratic behavior leads Alex to think the worst. During an intense argument, they’re transported back in time. When Charlie comes to, Alex isn’t by his side. Frantically, he searches for him. But when he finds him, he’s surprised Alex doesn’t remember who he is.

Charlie must make Alex fall in love with him again. But what happens if he doesn’t?

Will this be the end of their relationship, or will it be game over for them both?

END_OF_DOCUMENT_TOKEN_TO_BE_REPLACED

Wanted – Fuckboy. Full-time hours, daily pay, 60/40 cut, you keep all tips. Must be appealing to the eye, have a body to die for, and be open minded to new adventures. Call 555-FUCK to get started today!

Down on his luck and hard up for cash, Colton Pierce answers an ad for a job as a fuckboy.

What’s a fuckboy you ask?

Colton’s about to find out.

Warning: This book is EROTICA, with M/F/M, M/M and M/F relationships, and it’s extremely hot!!!

Get Against the Wall at Amazon

Who would’ve thought a rogue nobleman and a secret agent tied in shibari knots would be so instrumental in saving a world from sexual slavery.

Ramsey desperately needs a pardon. The catch: Win a grueling and bloody gladiator game. His consolation: Elite mercenary, Steffania Rickard, has been ordered to help DeKieran ~ posing as his sexual submissive.

When Ramsey DeKieran, disgraced nobleman and accused murderer, is offered a pardon Ram knows there’d be a catch. The High Lord of Verdantia offers him a clean slate in exchange for the off-world rescue of a Verdantian noblewoman ~ a suicide mission that has already cost the lives of good men. The one redeeming feature is the assistance of the stunning captain of Verdantia’s elite mercenary team.

For Captain Steffania Rickard, assisting DeKieran in the rescue of a woman critical to the future of Verdantia will be difficult enough. The rogue trips all her triggers ~ good and bad. Infinitely worse, to fit into the culture of Vxloncia, she must pose as Ram’s sex slave. The sexually dominant Ramsey is nothing if not perceptive and Steffania doubts her carefully disguised and deeply hidden desires will remain concealed.

Their mission takes on new meaning when they unmask a heinous program of enslavement, long cloaked in secrecy. Together they must find a way to overcome their initial animosity and recover a woman vital to the future of their race. Together, they would have to bring a malicious entity to justice. In the maelstrom of sex, savagery, domination and submission, Ram and Steffania will need all their wits and strength to survive.