You are here: Home / Erotica / Featured Book: THE AI TWINK by Paul Cogan 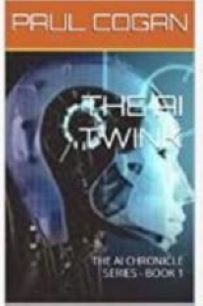 About Featured Book: THE AI TWINK by Paul Cogan

In a futuristic gay world, where through Nano and DNA Gene Splicing Technologies, Gay Conversion Therapy has become a daily reality, two teenage gay lovers become key figures in a global AI conflict that will determine the very future of humanity itself. On an individual level their conflict could destroy their family, their gayness, their love for each other, their very future together, to prevent them from ever existing in a world where homosexuality has long become extinct. On a global level their conflict could give the world the capability to totally erase and replace all existing forms of religious, cultural, racial and nationality differences in the world population thus redefining the very meaning of humanity for all future generations to come.

This Erotica book is available in these Formats: eBook, Print