You are here: Home / Archives for dominant 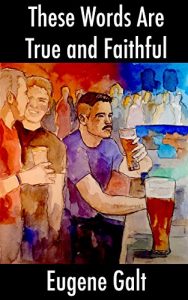 About These Words Are True and Faithful:

Sam Overton is a young lawyer with a brilliant future at one of the city’s leading law firms. After he and older police officer Ernie Butler have chance meetings at the courthouse complex and then at a leather bar, the two become lovers, and Ernie, who is experienced in the local gay leather scene as a Dominant, guides Sam in exploring his submissive nature. They become inseparable and appear set to live happily and kinkily ever after, until a seemingly innocent event upends everything that they think they know about each other, the nature of their relationship, and themselves.

Written by a gay man who has lived the life, this book explores the psychology of Dominant/submissive relationships between men. At times sexy, snarky, and philosophical, it also explores the questions of how we know what we know, why we believe what we believe, and what happens when our most cherished beliefs turn out to be neither true nor faithful. Along the way, it examines the absurdities of contemporary gay life, not sparing the sacred cows.

END_OF_DOCUMENT_TOKEN_TO_BE_REPLACED 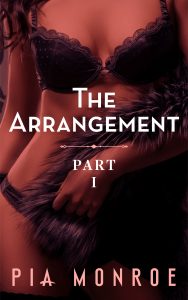 About The Arrangement – Part 1:

It was a case of mistaken identity…
I’d walked into the wrong room and he mistook me for someone else.
But the last thing I wanted to do was correct him…
not when I never knew submission could feel so good.

END_OF_DOCUMENT_TOKEN_TO_BE_REPLACED 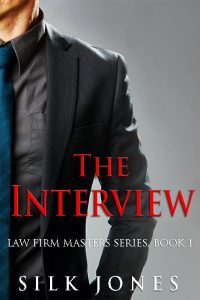 Imagine a law firm where all the partners are Doms and Dommes. A laid off legal secretary curious about the B.D.S.M. lifestyle responds to an ad placed by a law firm seeking a “submissive legal assistant” and gets more than she bargained for. Can she handle it? Find out. This story is the kickoff to a series about a law firm that has quite a bit going on behind closed doors.

END_OF_DOCUMENT_TOKEN_TO_BE_REPLACED

Putting a leash on a dominant sub is a task that may require two Doms to accomplish.

When relocation agent Eric Swann is assigned to ease young Connor Prescott into moving back to London, he expects the boy to be more enthusiastic—and less irritating.

Used to roaming freely among his mother’s D-list celebrity friends, Connor is anything but happy when his father decides to put him on a leash—a leash with a far too attractive handler on the other end. Secretly craving a man who knows how to yank his chain and show him exactly where the limits are, Connor does what he’s best at. He manipulates Eric into giving him what he wants, making the man reveal a side of him that Eric himself isn’t ready to accept.

Trained by one of the quirkiest Dom/sub-teams in the country, Dom Tyler Kane knows exactly how to handle a toppy sub. He keeps Connor on his toes, er, knees, in the bedroom, but when his capricious lover sets his heart on pushing yet another limit, Tyler finds himself not only with a dominant sub but also with a Dom who has yet to accept his true identity.

Reader Advisory: Due to sexually explicit content this book is intended for adult readers only. Contains scenes in which the main characters are sexually involved with secondary characters and vivid descriptions of unusual sexual practices.
While this book can be read as a standalone novel, it is best enjoyed as part of the series in order of release (Sub-Mission, Re-Submission, Sub-Culture, Sub-Dominant).
Word count: 60,500

Get Sub-Dominant at Amazon